The creation of this mural was not by my own doing, none of it was. I credit God for granting me the ability and opportunity AND the people who inspire me to do greater. When I’m not being a hermit, cooped up in my comfortable creative space, I’m with the Foundation, the board members and selfless volunteers and I thank them for nudging me outside of my comfort zone in the best possible way. And the volunteers really made a huge difference by assisting in the preparation of the surface, it was a pleasant surprise on a beautiful day. These two “sidewalk murals” were conceived when Brother Ray came to me with the opportunity.

He believed in a vision for a couple of murals that would complement Chad Glashoff’s sculpture, “The Bell of Peace and Purpose.” And when he mentioned the theme “reach for the stars,” I immediately thought of what it takes to actually reach the stars. It doesn’t mean waiting for the stars to come to you, neither does it mean that you’ll reach them on the first try or get everything you wish for if you do, but to me, reaching for the stars requires opening your heart, your mind and your spirit up to new possibility, acting and believing with conviction that an action alone will cause the universe to speak. The relationship is always mutual. Regardless of how much faith you have in yourself, have faith in the act of doing things for you and others’ well beings and things will start to make sense. Action is progress no matter the direction and when you put in the work (reach for the stars), the stars do their part to reach back, many times in unpredictable ways.

So that was the idea behind the left mural. The mural to the right of the Bell of Peace and Purpose is a portrait of Matt, followed by one of his influential statements, followed by an illustration of a character releasing all of the things that bind and distract the character from attaining freedom. I wanted the message for this one to be about letting go of all negative energies in order to make room for the positive energies we all so deserve. It’s only fair to ourselves that we stop answering to the negativity that pulls on our spirit strings so that we can start welcoming the positive energies to take its place. After painting, which took a few weeks, Brother Ray and I added a sealant to protect from the weather as well as the foot traffic. Luckily, we finished applying the sealant just in time before it rained!

The students loved the mural and I’m glad for the opportunity as it may be there for them during their growth at the school. Because sometimes, art speaks more than words as it allows for people to apply themselves (their interpretations and meanings) into the artwork to make a connection with it. My dad has also helped in the upkeep of these murals (cementing broken tiles, washing and sweeping the surface) and his contributions have been a blessing. We are also planning on touching up Chad’s sculpture, sanding down the surface grit, giving it the sheen it once had when it was born, and ultimately taking care of these artworks that visually express a representation of Matt’s dream and legacy. Thank you to all who have selflessly contributed and also to those who continuously support The Foundation in KEEPING THE DREAM ALIVE! 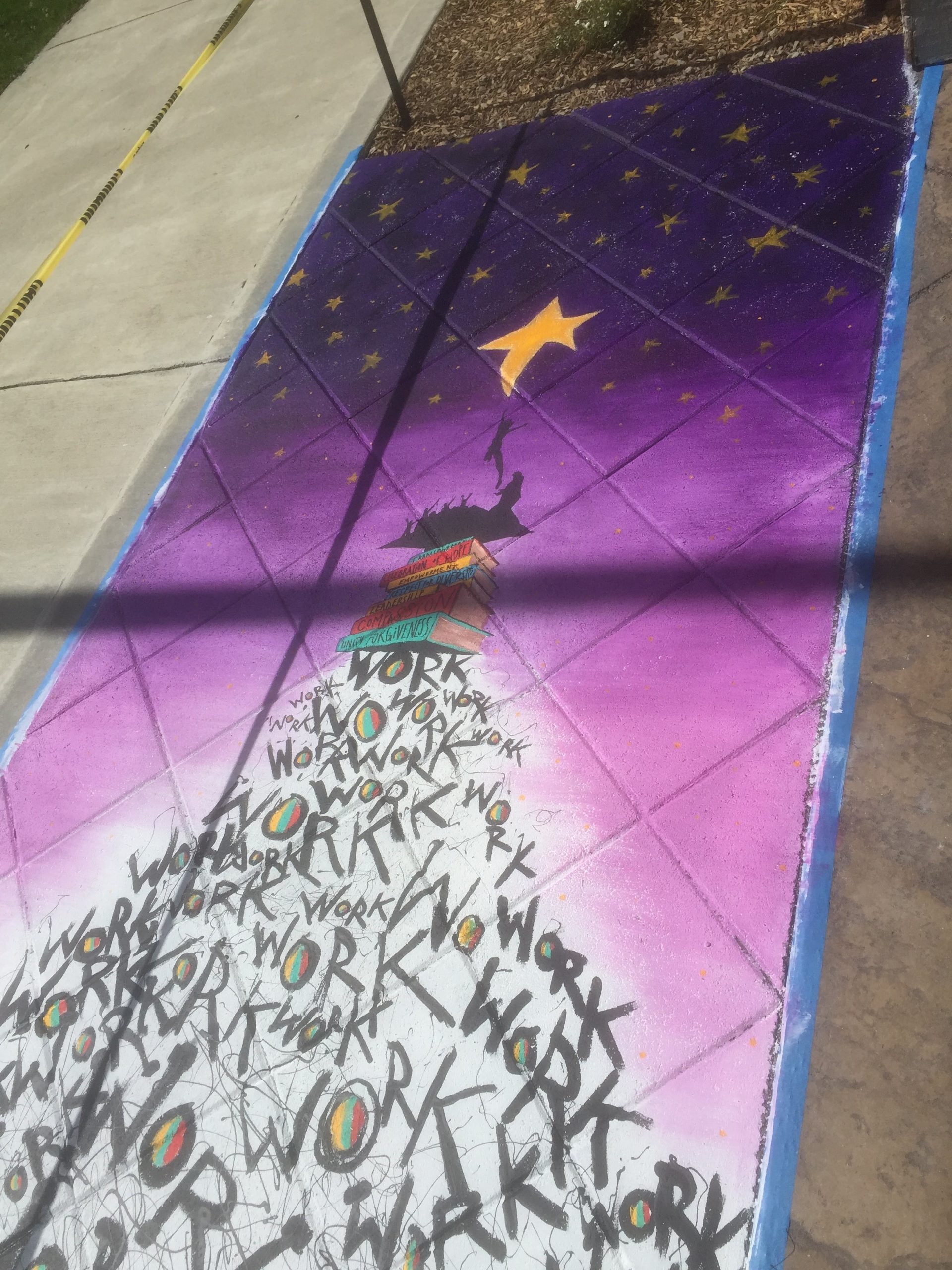 Matt’s vision has guided us, but we need continued support from all of you to make his dream a reality. A commitment to changing a culture of violence and crime in Solano County. Together we can continue Matt’s efforts and make his dream our reality.
The Matt Garcia Foundation “Dream Team" pledges to live Matt’s legacy.